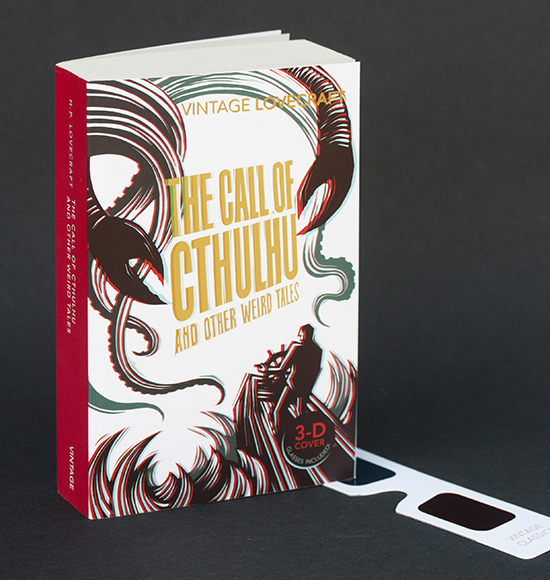 Back in 2010 I was approached by Matthew Broughton, a senior designer at Vintage, to do a cover for The Call of Cthulhu by the great H.P. Lovecraft. This was going to be one in a series of 5 classics that they were releasing that year that would feature a 3D cover. This was the really cool part! Each book would come with a pair of 3D glasses and obviously the cover needed to be dimensional. I was quite intrigued by this challenge and got down to work.

After brainstorming, a few pencil sketches and ink drafts, I moved forward with the lino. In addition to the image, we decided that the title should also be carved out. 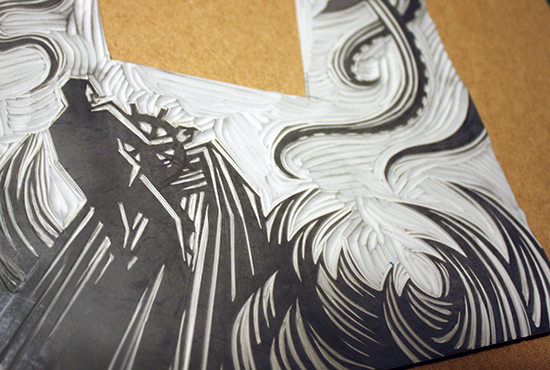 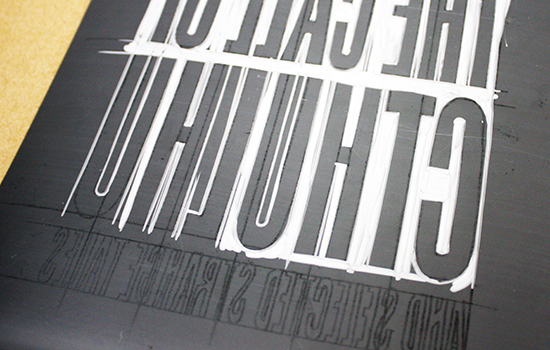 I usually print proofs and drafts on my little etching press in the studio, the final printing in this case was done at the Otis Lab Press on one of their Vandercooks. 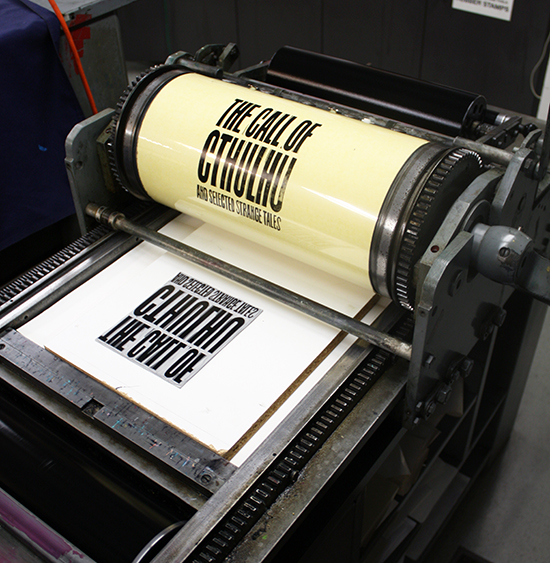 Once everything was printed, scanned and digitized, I skewed the type a bit to give it more of a dramatic look and make it fit with the image more. At this point the trick was to get the image working with the 3D glasses (final version on the right).

After some internet research and looking through tutorials I reached out to my good friend Jim Campbell for some tips with this. Jim’s an expert. He collects antique photographs and gives them a 3D effect (some of this stuff can be seen here). Jim was quick to respond with some pointers.

Then it was on to more Photoshop for me. I first broke down the image and title into many layers, depending on how close or far I wanted them to appear. Bellow are the two main separations, but there are quite a few little sub layers within them. Those were placed on top of one another using the Multiply blending mode (third image).

From that point on it was a matter of sitting in front of the screen for a few hours with the 3D glasses on and shifting layers left and right, up and down. Don’t want to get too technical here. The main trick is this: the more the red and cyan layers are off-register, the closer that part will appear to the viewer, the more they are in line with each other – the farther the image will be.

If you get your 3D glasses out you can see the effect, however your monitor colors might be off. So the best thing to do is get the book and see it in person. The 3D glasses come with it!